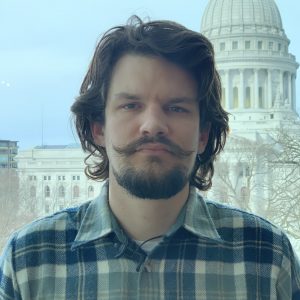 Alex received his BSME from the University of Portland in 2009. He was a systems engineer in the thermal spray industry until 2014 when he joined the Putterman Research Group at UCLA, where he studied plasma physics and helped develop a system which demonstrated acoustically confined, microwave heated plasma. He joined HSX in 2017, where he received his MSEE. He is currently working on a major upgrade to the ECRH system on HSX. His research interests include stellarator transport, RF heating, and wall conditioning systems.