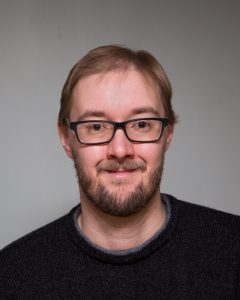 Ben Knowles received his MS in Astrophysics from the University of Colorado at Boulder in 2001, and was the ISS Calibration Engineer for the Cassini Mission during its tour of Saturn. He has also worked in private industry as a Software and Controls Engineer, focusing on automation and scientific instrumentation. He moved to the HSX team in August of 2021, where he develops and maintains the HSX computer and data acquisition network.